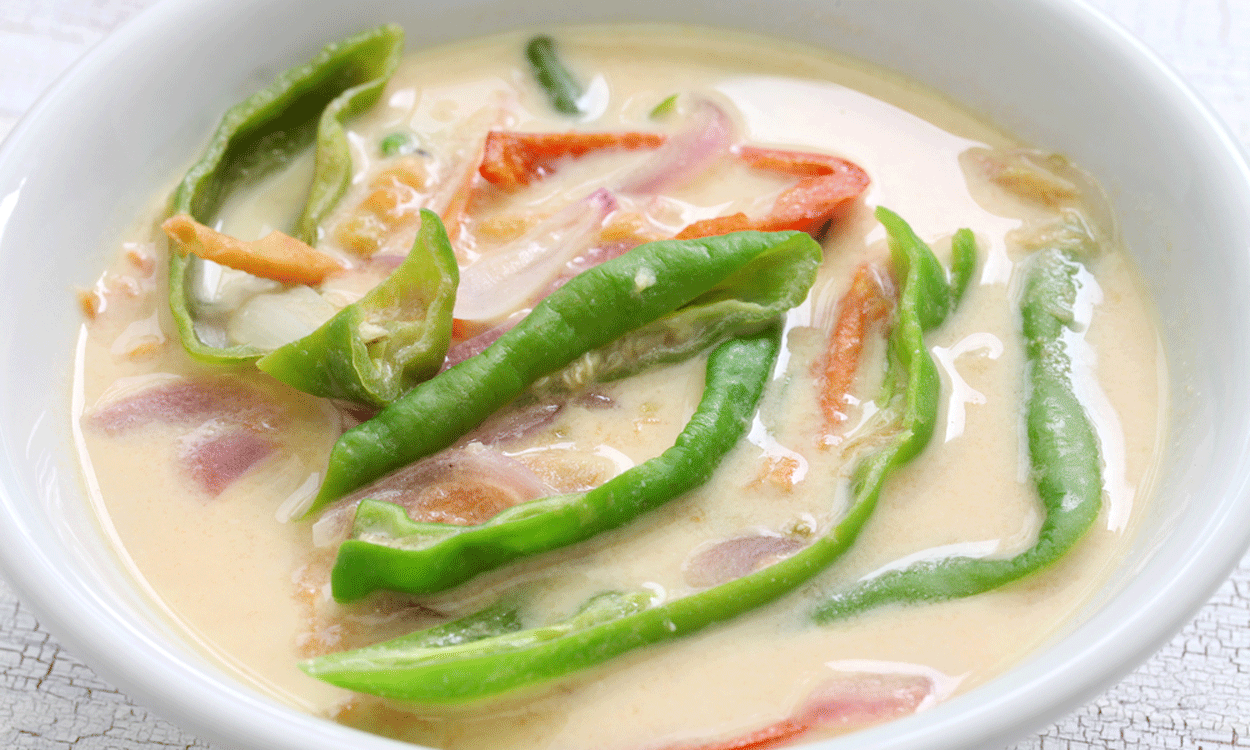 Bhutanese cuisine is hot. Though a twist on the classic chilli in Bhutan is given in the preparation that sees the chillies often stewed with cheese. A typical Bhutanese dish is Ema (chilli) datshi (cheese) – which is simply made of chilli peppers and cheese and served with both red and white rice – perfectly delicious! There is a bit of an odd perception in the country though that sees most restaurants tone down the dishes for foreigners – meaning if you want to try the cuisine unadulterated as it’s supposed to be – you will need to ask for it.

If you’re a drinker then be sure to try the locally brewed (Bumthang) Red Panda Beer and the K5 Whiskey, which was named in honour of the new king.