The oldest and largest of the three pyramids

Homepage>Holidays>Highlights of Egypt and Jordan

Highlights of Egypt and Jordan

Discover the most ancient civilization of the world; the priceless treasures of the Pharaohs are to be admired in the Egyptian Museum of Antiques. Enjoy beautiful Nile Valley scenery as you cruise down the River Nile . Explore the Valley of the Kings, and soak up the luxury on board your 5-star cruise boat. Discover tombs and temples on Luxor’s West Bank. Explore Amman’s Greco-Roman heritage and the ancient ruins of Jerash. Enjoy the panoramic views over the Jordan Valley from Mount Nebo. Explore the spectacular lost city of Petra and explore Wadi Rum by 4×4.Relax by the Dead Sea – the lowest place on earth. 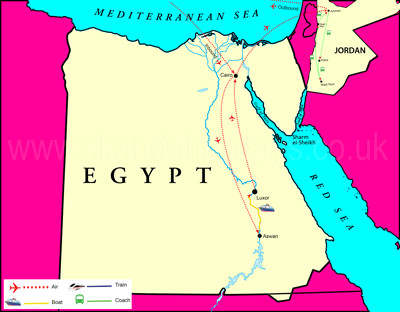 After breakfast Enjoy this full day tour of Cairo and the Pyramids area, visiting also the Egyptian Museum and El Khalili Bazaar. You will be taken to the Pyramids which are the oldest and only surviving members of the ancient wonders. You will also go on a tour of Cairo, considered to be the cradle of civilization and beacon of religion. The largest city in the Middle East and Africa. You will visit the famous Egyptian Museum where you will see the finest collection of Egyptian antiquities in the world. Enjoy then a visit to the Khan El Khalili Bazaar, the oldest shopping area in Cairo.
DAY 3 CAIRO (B/D)

After breakfast the day is free to explore Cairo on your own. Then in the evening we do the Sound & Light show. Enjoy this amazing show in a great atmosphere with the Pyramids in the background. Be impressed by the dazzling light show and awe-inspiring backdrop of the Sphinx and Pyramids. The show begins with the story of The Sphinx who has been the vigilant guardian of the city of the dead for five thousand years. The show depicts the story of building the pyramids of Cheops (Khufu), Chephren (Khafre), Mycerinos (Menkaure) and relates the history of great and famous figures of ancient Egypt.
DAY 4 CAIRO – ASWAN (B/L/D)

Sailing to Luxor passing through the Esna Lock. Upon arrival time in Luxor visit Luxor Temple. Overnight in Luxor.
DAY 7 LUXOR – CAIRO (B)

Disembarkation after breakfast. Cross the West Bank to visit Thebes Necropolis, Valley of the Kings, El Deir El Bahari of Hatshepsut and Colossi of Memnon facing the Nile. Then in afternoon transfer to Luxor airport to board your flight to Cairo . On arrival check in at Conrad.
DAY 8 CAIRO – AMMAN (B)

After breakfast transfer to Cairo International airport to board your flight to Amman. On arrival Amman you will be welcomed and transferred to hotel Kempinski Amman.

After breakfast, enjoy the main sites of the capital city of Amman before visiting Jerash, one of the best preserved Roman cities of the World. Visit the Roman Theatre, which is still used for cultural events. It is then on to the Citadel, the site of the earliest fortifications, where numerous excavations show Roman, Byzantine and Early Islamic remains. Visit the famous Temples of Hercules, the Umayyad Palace complex with its monumental audience hall and a Byzantine Church. You will also visit the Archaeological Museum with its excellent collection of the antiquities of Jordan History. Next in your visit will be the impressive Greco-Roman city of Jerash, considered as one of the best preserved provincial Roman cities in the entire world. Here you will be able to visit its fortified walls, temples, baths, colonnaded streets, theatres, shops and sophisticated water works. The city remains as evidence of urban habitation for over 900 years.
DAY 10 AMMAN (B)

After breakfast we visit the castle of Ajloun built between 1184-85 AD where you will be able to admire a fine example of medieval Arab/Islamic military architecture. You will then be taken to Um Quais or Gadara, famous for the biblical story of the Gadarene Swine. The city of Gadara was renowned for its time as a cultural centre and is perched on a splendid hilltop overlooking the Jordan Valley and the Sea of Galilee. In Um Quais you will be able to see impressive ancient remains before you are taken back to your hotel.
DAY 11 AMMAN – PETRA (B)

After breakfast we set out on the drive to the UNESCO world Heritage site of Petra. Your first stop is Madaba, famous for its Byzantine mosaics: your local guide will explain the story behind the 6th-century AD map of the Holy Land in St. George’s Church. Next, stop at Mount Nebo, the high point from which Moses apparently first saw the Holy Land, and capture spectacular views of the Jordan Valley, with commentary from a local guide. Finally, you’ll visit one of the great crusader castles. On arrival Petra check in at hotel The Petra Marriott.
DAY 12 PETRA (B)

After breakfast visit the magnificent and ancient city of Petra. Immerse yourself in its history!
Petra, one of the New Seven Wonders of the World, sculpted from red rose rock more than 2,000 years ago. You’ll ride a horse from the site entrance to the Siq, the dramatic 1300-yard (1200-meter) canyon that formed the main entryway to the city during Nabatean times, and enjoy a dramatic view of the monumental Treasury. Your guide will escort you to rock-cut tombs, the Roman amphitheater.
DAY 13 PETRA (B)

After breakfast, you then have some time to explore Petra on your own. Then in the evening take night of Petra. Marvel at the achievement of an impressive civilization, the Nabataean Arabs, and their city carved into mountains. It’s Jordan’s most valuable treasure and greatest tourist attraction. Enjoy the natural, flickering lights of the evening hours combined with a little storytelling and music. It’s a marvelous and breathtaking look at this famous archaeological site.
DAY 14 PETRA – WADIRUM – DEAD SEA (B/D)

After breakfast transfer to the Dead Sea by 4 x 4. The journey will take most of the day as you enjoy a guided tour of the vast, red rock and sand landscape of Wadi Rum en route. Travel deep into the region, where colors and moods seem to change with every passing hour. Rumble along arid riverbeds and desert plains cloaked in silence, and stop for photos at some of the most beautiful viewpoints. You’ll see the remains of a Nabatean temple, pass through the settlement of Rum and take a walk in a narrow canyon whose walls are etched with ancient Thamudic inscriptions. On arrival Dead Sea check in at Kempinski Hotel Ishtar Dead Sea.
DAY 15 DEAD SEA (B/D)

You have the day free to relax by the Dead Sea, the lowest point on Earth. Enjoy a ‘swim’ in the lake, laze on the beach, take a dip in the outdoor swimming pools. if you wish, visit the hotel spa to indulge in any pampering Dead Sea treatments (own expense) that take your fancy, such as a revitalizing body scrub or refreshing massage.
DAY 16 DEAD SEA (B/D)
After breakfast, Spend more time relaxing by the sea. Alternatively, visit The Dead Sea Panorama Complex set in the hills. Here, informative displays allow you to learn about the history and ecology of the Dead Sea.
DAY 17 DEAD SEA – AMMAN – UK(B)

After early breakfast transfer to Amman airport to board your flight to UK. Arrive home today.
Group Departure Dates & Prices

The guide prices shown are designed to provide you with a broad indication of how much to estimate for your trip. Prices are quoted for private arrangements using economy flights based on two people travelling together and sharing a room. There are a number of elements which will influence the price; these include the choice of hotels & resorts, the season, the class of flights, the airline used and the level of private guiding versus shared excursions. 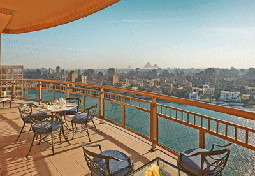 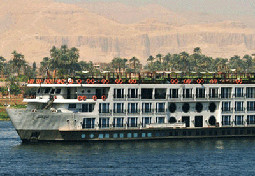 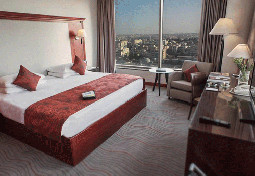 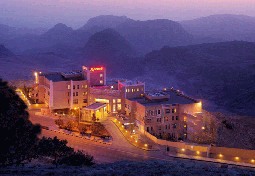 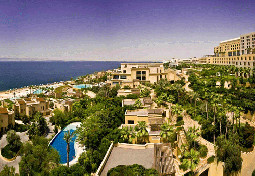