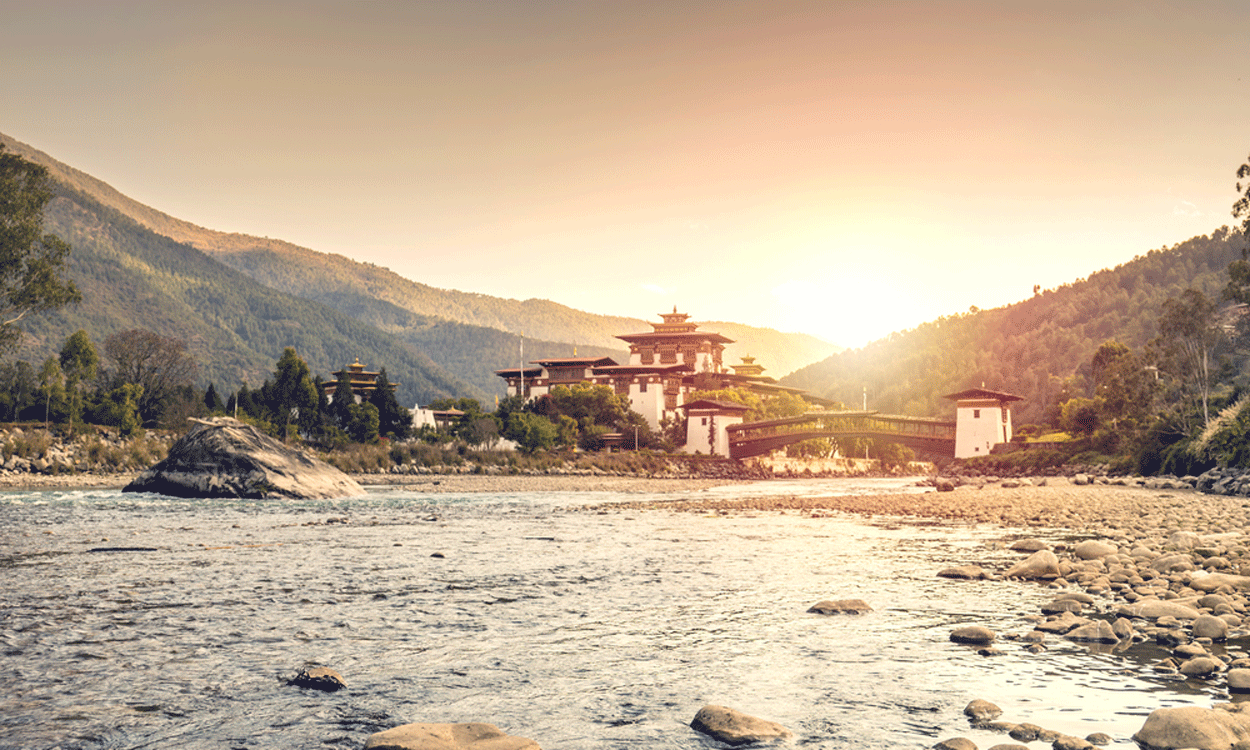 Bhutan’s varying topography, which can jump in elevation by thousands of feet in just a matter of meters leaves it open to fluctuating weather patterns. There are rains the year round and though it’s wet between March and May – this is a great time to visit as the incredible wildflowers are in bloom throughout the country. The lower rates of rainfall come between September and November and it’s during these months that you’ll find the clearest views – which is great if you intend to go trekking through the mountains.

The highest rainfall can be expected during the monsoon season, which hits Bhutan between June and August, and the winter season comes between December and February and it’s likely you’ll see lots of snowfall then, with road closures frequently slowing traffic. Winter is a surprisingly great time to visit Bhutan as though it’s cold, the days are sunny and the powdery blanket of snow which covers the terrain make for incredible picturesque panoramas.