A waterfall in southern Africa on the Zambezi River at the border of Zambia and Zimbabwe.

A largest game reserve in Zimbabwe

The largest man-made lake and reservoir by volume

After years of political turmoil, Zimbabwe is quickly returning to its former self. From the forested mountains of the Eastern Highlands to the sunny grasslands of Hwange National Park, travellers from all over the world are once again returning to explore one of southern Africa’s most stunning countries. Much like its neighbour Zambia, Zimbabwe offers world-class adventure alongside stunning wildlife and the ability to track and see the Big Five (elephant, rhino, leopard, buffalo and lion) as well as an incredible range of other animals. 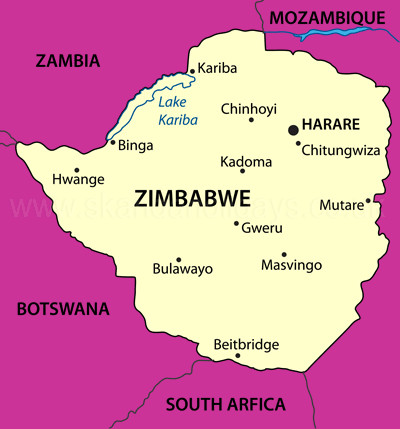 Looking for inspiration?
Need more information or ideas?
Tailor make your trip?
Want a Group Tour?
Not sure?
Start planning your dream holiday trip. Call one of our Zimbabwe specialists on

Zimbabwe’s best known attraction is shared with Zambia, its neighbour to the north. The stunning UNESCO-listed world heritage site, Victoria Falls, is also one of the World’s Seven Natural Wonders. The falls are known colloquially as Mosi-oa-Tunya or ‘The Smoke Which Thunders’, after the swirls of mist and incredible noise that erupts from the falling water. A Victorian-era railway bridge links Zimbabwe to Zambia and makes for an incredible view from the train as one passes over the Zambezi River. If you’d prefer to get a little closer to the river, then head into the Victoria Falls National Park which protects the south and east banks of the river. The park is home to a lush rainforest which grows in the spray of the falls and includes some of the region’s most eclectic flora – including palms, liana vines, and mahogany which doesn’t grow anywhere else in southern Africa. The wildlife here is just as eclectic with elephants, Cape buffalos, southern white rhinoceros and antelopes, as well as crocodiles in the river.

Another UNESCO-listed attraction in Zimbabwe is the magnificent 2200-sq-km Mana Pools National Park. This magical national park is remote and wild, a place where travellers are almost guaranteed to see lions and the African wild dog. Rather wonderfully, the entire park is unfenced – making it strikingly common for elephants and other animals to stroll by while you enjoy breakfast under the blazing African sun.

The largest of the game reserves in Zimbabwe is Hwange National Park which lies between Bulawayo and Victoria Falls and borders Botswana. It is an excellent option for spotting the Big Five as well as more than 100 mammal species. The best way to experience the national park is by staying a few nights in one of the camps, where at night, the only thing left to do, after spotting a few nocturnal species lit by only moonlight, is to sit by the fire and tell and listen to travellers tales while enjoying a drink or two.

One of the world’s largest man-made lakes is in Zimbabwe – Lake Kariba, which as well as being an aesthetically beautiful lake and reservoir is also a good place to spot elephants. It’s not uncommon to see entire herds of elephants who are often cast as stark silhouettes as they cross the water in front of an intense deep red sunset. Also lookout for the houseboats that gently cruise the water towards Antelope Island and Sanyati west.

Out experts believe trying the locally made clean and hygienic food whilst you get a chance to be at the destination is the best way to remark authentic food, read one of our expert’s article on Zimbabwean Cuisine. Our destination specialists offers more travel tips on Zimbabwe travel guide here. 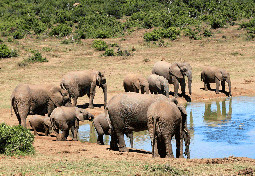 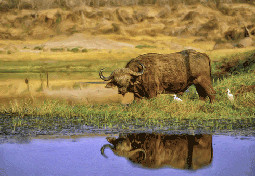 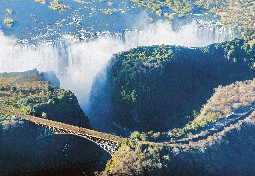