The main royal palace of the Joseon dynasty Built in 1395

Homepage>Holidays>Highlights of Japan and South Korea

Highlights of Japan and South Korea

Discover the cultural highlights of Japan & South Korea, from modern Tokyo to the ancient temples of Kyoto, on this 18-day tour through the Land of the Rising Sun. See Nikko’s Toshogu Shrine, ride a super-speed bullet train from Mt.Fuji to Kyoto, visit the Hiroshima Peace Park. In this tour you will see the best of Korea’s diverse and rich culture. Discover the Silla Dynasty of Gyeongju, Korea’s ancient capital. you will experience traditional Korean culture. 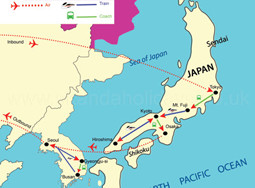 On arrival Tokyo you will be welcomed and transferred to hotel New Otani.

Full day tour of Tokyo.You will first visit the Tokyo Tower, where you can enjoy a panoramic view of Tokyo from the observation platform. Next is the Meiji Shrine, the finest example of Japanese shrine architecture. Then driving through the Akasaka Guest House. Enjoy a pleasant walk through the garden as a place of historical interest and scenic beauty. We drive through the shopping district of Ginza. We continue to Hamarikyu garden which is a typical Daimyo (Japanese feudal lord) garden in the Edo period with a tidal pond. Next enjoy a 30 minutes boat ride on the Sumida River. After the cruise, you have a chance to see Ninja and Samurai performances at the pier. At the end of tour, visiting the Asakusa Kannon Temple and walking down the brightly lit Nakamise shopping street, then we drive through Kappabashi area where restaurant supplies and wax food samples are sold, and Ueno and Akihabara.
DAY 4 TOKYO – NIKKO – TOKYO (B/L/D)
Highlights of Nikko, including World Heritage Site Nikko Toshogu Shrine, the beautiful Kegon Falls and Lake Chuzenji. Enjoy experiencing the nature and long history of Nikko.
Enjoy a visit to Nikko Toshogu Shrine, a registered World Heritage Site.
Visit Kegon Falls, counted among the greatest waterfalls in Japan
DAY 5 TOKYO – KAMAKURA – TOKYO (B/L/D)

You begin your full–day walking tour. You head towards Kamakura and Hase, a suburb within Kamakura. You visit the statue of the Great Buddha at Kotokuin Temple. The second largest Buddha statue in Japan made in bronze and measures 37 feet dated back to 1252. You’ll then visit the attractive Hase Kannon Temple, with its gilt statue of Kannon. Features of the Tsurugaoka Hachimangu Shrine include a series of red Torii gates, an arched bridge, ponds, a huge gingko tree and the colourful Main Hall standing at the top of 62 stone steps. Later return back to Tokyo.
DAY 6 TOKYO – MT.FUJI – KYOTO (B/L/D)

Journey through the foothills of the iconic Mt Fuji of Japan’s highest mountain. Browse informational displays about the revered mountain and get amazing views from the second floor observation deck.Then continue halfway up the mountain to Mt Fuji’s 5th Station at 7,545 feet (2,300m). Continue to nearby Lake Ashi in Hakone National Park for a boat cruise on a pirate ship! Relax as you glide across the water, taking in views of Mt Fuji, Mt Komagatake and other mountains that surround the lake. Then, take the Hakone Ropeway, an aerial tram with amazing vistas over sparkling Lake Ashi, the Izu islands and majestic Mount Fuji. After visiting Hakone, your guide transfers you to a Shinkansen train (bullet train) bound for Kyoto.On arrival Kyoto you will be welcomed and transferred to hotel Kyoto century
DAY 7 KYOTO (B/L/D)

Full day tour of Kyoto.This tour starts with a visit to Nijo Castle, once used as the Tokugawa Shogun’s family palace. Then you will visit Kinkakuji Temple, one of the sacred sites of Japan. Afterwards, it’s on to Kyoto Imperial Palace, former residence of the Imperial Family. you will visit Heian Jingu Shrine, a magnificent structure strongly influenced by Chinese architecture. Then on to the Sanjusangendo Temple with its 1,001 impressive images of Buddha. The tour ends with a visit to the Kiyomizu Temple, famous for its wooden veranda.
DAY 8 KYOTO (B/D)

Free for Leisure . Then in the afternoon we head to the outskirts of the city to visit the Fushimi Inari Shrine, home to a seemingly endless stretch of iconic red torii gates spread across a thickly wooded mountain. Walk through the snaking corridors, made famous in the film “Memoirs of Geisha”. Next head to another of the city’s must-see sights, the Tofukuji Temple. Originally built in the 13th century, and famous for its traditional, yet modern, Zen style garden, this is a great place to soak up the relaxed atmosphere of the city. Learn about the origin and inspiration for the garden, and what it means to the Monks who continue to live and study here. Continue to Gion, famously known as Kyoto’s Geisha district. This area comes alive with people and lights in the evening. Stroll past the 17th-century traditional restaurants and teahouses, many of which are still exclusive establishments for Geisha entertainment, see the theatres and traditional shops, and soak up the atmosphere of this historic quarter.
DAY 9 KYOTO – HIROSHIMA – KYOTO (B/D)

The tour will take you to Hiroshima by the fastest transfer Shinkansen bullet train. The first visit is Itsukushima shrine in the sacred Miyajima island, which is registered as world heritage site and also known as one of Japan’s three most beautiful landscapes for its breathtaking beauty and quiet atmosphere. The tour will take you to the Atomic Bomb Dome and the Peace Memorial Museum in the Peace Memorial Park central Hiroshima. These world heritage sites are preserved as a reminder of the tragic damage caused by the atomic bomb in the second world war.
DAY 10 KYOTO – NARA – KYOTO (B/D)
After breakfast we leave for Nara tour .This tour takes us to visit Todaiji Temple, the world’s largest wooden building, which houses a colossal image of Buddha. Next we visit the Peaceful Deer Park, where many tame deer roam the grounds. Then tour will proceed to the vermillion-hued Kasuga Shrine with its thousands of lanterns.
DAY 11 KYOTO – OSAKA – SEOUL (B)

After breakfast transfer to Osaka International airport to board your flight to Seoul . On arrival check in at hotel PJ.

Full day city tour of Seoul .you will firstly visit Jogyesa temple and it will show you the essence of Korean Buddhism. Then, you will visit Cheongwadae sarangchae which is a history center of Korea presidents newly opened to the public and will have photo stop at Blue house. You will see ‘Changing of the Royal Guards’ before visiting the main palace of Joseon Dynasty – Gyeongbokgung Palace. This Royal residence of Gyeongbokgung Palace is favorite attraction for tourists with its charming array of ponds and pavilion. After Lunch, You will also visit to Changdeok Palace, a UNESCO World Heritage Site and you can see Korean traditional art and culture in Insadong.
DAY 13 SEOUL (B/L)

After breakfast we leave for Suwon Hwaseong heritage tour .This tour will take you to the main tourist attractions in the Suwon area. You will firstly visit Suwon Hwaseong Fortress wall, a UNESCO World Heritage Site. Changryongmun, Hawseomun, Paldalmun and Janganmun are its four gates. In the center Jogyesa-Temple-in-Seoul.jpgof Hwaseong Fortress is the Hwaseong Temporary Palace, where the king sought refuge during times of war and relaxed in times of peace. Take a ride on the Hwaseong Train, a tourist train that travels between Mt. Paldalsan and Yeonmudae. After lunch, we continue to visit the Korean Folk Village, a living museum of the customs and culture of the 19th century Joseon Dynasty.
DAY 14 SEOUL – GYEONGJU (B/D)

After breakfast we take South Korean bullet train to Gyeongju . On arrival Gyeongju Firstly visit Seokguram Grotto, a hermitage overlooking the East Sea. It has been added to the UNESCO World Heritage List together with the Bulguksa Temple, holding some of best Buddhist sculptures in the world. Whilst exploring Bulguksa Temple you can find two grand stone pagodas, Dabotap and Seokgatap. After dinner, you will visit Anapji which is a picturesque pond where the Silla royal family spent their leisure time. Overnight stay at hotel Hilton Gyeongju.
DAY 15 GYEONGJU – BUSAN (B/L)
After breakfast, visit Cheonmachong, which means ‘Heavenly Horse Tomb’. The name originally comes from a painting of a heavenly horse found during the tomb’s excavation in 1973. This tomb was for an unknown king of the Shilla Kingdom. On the way to the National Museum visit Cheomseongdae Observatory, the oldest existing astronomical observatory in Asia, and one of the oldest scientific installations in the world, constructed during the reign of Queen Seon-deok. After lunch, you will be transferred to Busan and check in at hotel Haeundae The Mark
DAY 16 BUSAN (B/L)

We first visit APEC Nurimaru located in Dongbaekseom Island, built for the 13th APEC Economic Leaders’ Meeting in November 2005 in traditional Korean architectural style. Continue to Dalmaji Hill, located at the southeast of Haeundae Beach and famous for watching the moon rising. There are many cafes and galleries along this road. Next stop is Yonggungsa Temple, built in 1376 during Goryeo Dynasty by the Buddhist priest Naong , the mentor of King Gongmin. After lunch visit Gwangan Bridge, second longest bridge over the ocean in Korea after the Incheon Bridge. Take a look round Busan Museum’s 1,500 historical collections illustrating Busan’s history, culture and folk customs.
DAY 17 BUSAN – SEOUL – UK (B)

YeonseokAfter breakfast the morning is free for your own leisure and other activities .Then in afternoon take South Korean Bullet train to Seoul airport to board your flight to UK 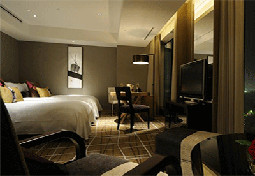 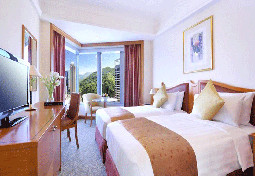 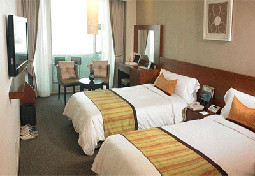 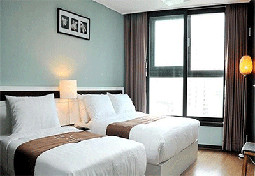 ARTICLES
TOP PLACES
REGIONAL COUNTRIES
EXPLORE MORE REGIONS
TRAVEL ADVICE
SIMILAR TOURS
CAN’T FIND IT?
Just because it’s not in the website doesn’t mean we don’t do it, please contact us to let us know what you are looking for, we will make your dream holiday come true.